Under the guidance of the Kaien Island Enhancement and Recreation Trail Society, as well as the Coast Isle and McElhanney engineering firms, the shipyard is proposing to reroute the existing Rushbrook Trail to a higher elevation. By trading a parcel of land with the City and rerouting the end of the trail at a higher elevation, the following advantages could be achieved: 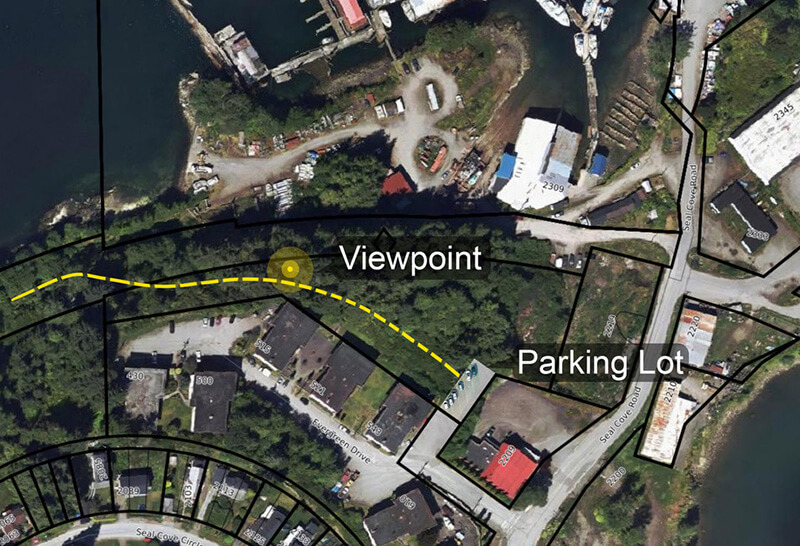